7 Statistics That Show Customers Want to Call Your Business

September 29, 2017
Driving inbound calls to your business has never been more important. As technology advances, it’s tempting to think that everyone wants to get in touch via the latest fun app or newest social network feature. While we can’t ignore those trends – indeed, every business should be trying to get ahead of them - Over the last few years, we've noticed a number of articles and studies springing up to support this idea, leaving a compelling case for business owners to up their marketing game with a more memorable phone number. 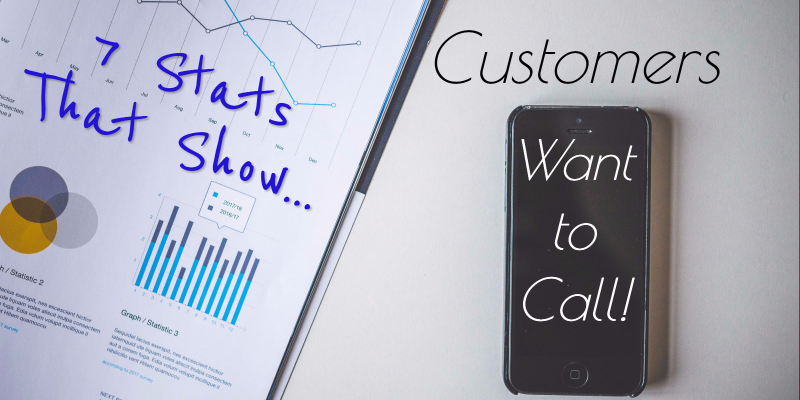 By the Numbers: The Shape of Calls to Come

It's not like the value of calls ever went away, or has even been called into question. That being said, the boom of mobile devices alongside the emerging standard of online and wi-fi calling has thrust the humble telephone number right back into the spotlight. After several years allowing social media and search marketing to hog the limelight, memorable, branded contact details are again taking the starring role. Ironically, it’s the same devices that connect us to the digital world that are also driving a surge in customer calls. It’s rare that a smartphone or mobile device is far from the customers’ reach, so businesses must make sure customers can easily recall how to get in touch. The numbers support this. Customers are calling more often, simply because they are able to call at any moment. That is, assuming they can remember the number they need to call! [search-tag]

Calls Are Still Important to Customers

Let's take a closer look at some of the numbers that demonstrate just how pivotal a role that brand recall – and, by extension, a brand’s contact details - play in the customer's purchase process: The sheer volume of routes to customer is overwhelming in the digital age, making it tough to prioritize any one channel over another. For the moment, the thing to remember is this: most customers want to talk to your team at some stage in the purchase process, making a direct line to your team an essential tool. Make that contact point as easy to remember as possible and you stand the best chance of winning the call, at which point it’s over to your sales team to convert them into customers!