Watch out, Miley Cyrus is back with new music. Last time she was announcing an album release, she was swinging on demolition machinery and sticking out her tongue a lot. While we can’t promise her Kiss antics have been toned down, we can say Miley is taking a more toll-free approach to advertising this new campaign. 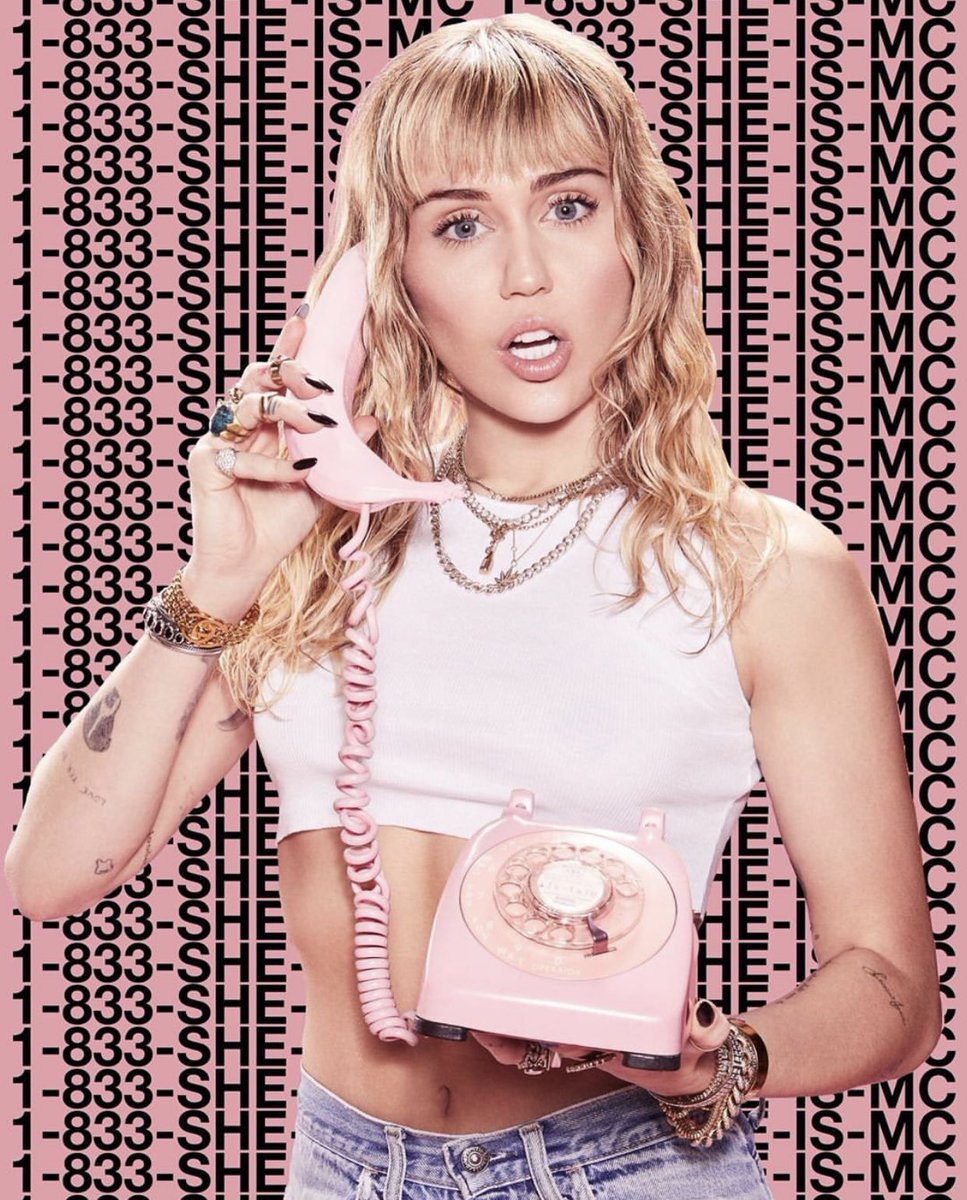 Earlier this June, Miley implemented a 1-800 number into her promotional activities for her new three-part “She is Coming” Extended Play (EP). The toll-free number is 1-833-SHE-IS-MC (1-833-743-4762) and you can call to get a personal message from MC herself.

The hotline encourages fans to leave a message that can potentially be used in future promotional content. After you hang up, you will receive a text from the singer with an opt-in feature. This signs the caller up for Miley related notifications. From a marketing standpoint, this campaign is genius! It is nontraditional, engaging, and not to mention EVERYWHERE. If you have a phone, you have been reached. From billboards to social to an actual hotline, “She is Coming” has gained an army of promoters. 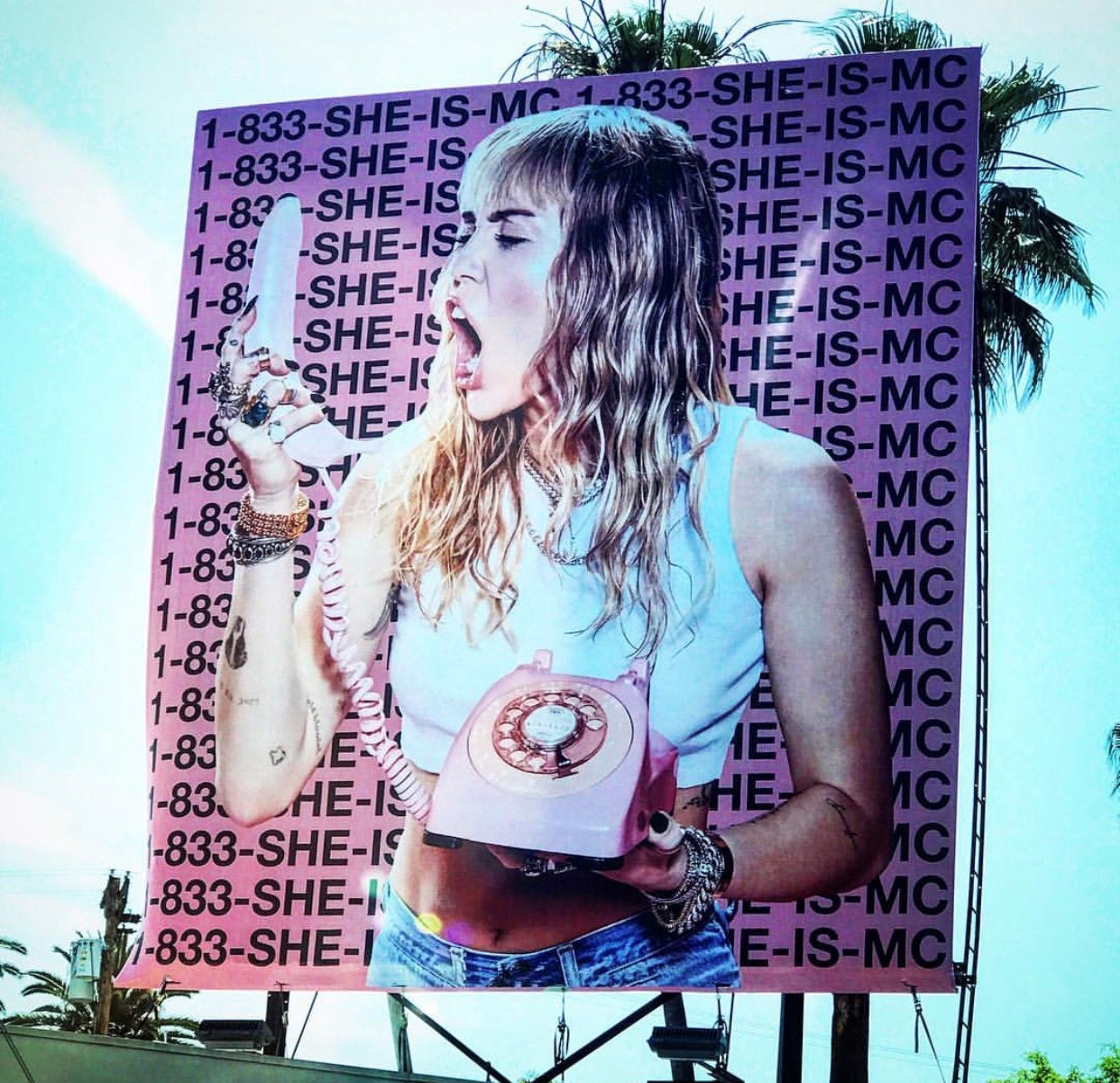 Integrated Marketing This multi-channel campaign is built off one advertising tool:  a vanity phone number. Miley’s promotional team made use of this often-overlooked tool by making it the driving force on all platforms including out-of-home, social media, merchandise and a hotline that connects her to fans. It makes the creative stand out and builds consistency between channels which amplifies the message.

Traditional and Digital Channels Miley hasn’t created new music since 2017. That puts pressure on her team to create yet another stand-out comeback like her “Bangerz” debut. “She is Coming” does just that. The billboards are as traditional as it gets but having the number plastered all over, puts the call-to-action right in consumers’ faces. They basically have no other option than to call Miley. The Cyrus team is also utilizing online channels to plug to the new campaign with digital ads and social media feeds.

Interactivity The digits give content on every channel a shareability factor. Her campaign managers have turned fans into another amplifying channel. Pictures in front of the billboards and selfies decked out in campaign merchandise are being uploaded into the social stratosphere; Miley is then reposting, allowing fans to be included in the advertising. Not only has the toll-free number taken the music release past the point of traditional promotion, it has created an engagement element. When you see an ad on your timeline, usually it is a video or still image that can only be interacted with via a like or comment. This one-way advertising technique is what users are familiar with so when a two-way campaign like this surfaces, everyone wants to experience it. Each one hope that they will be the next one who has their post shared to Miley’s near-100 million followers. 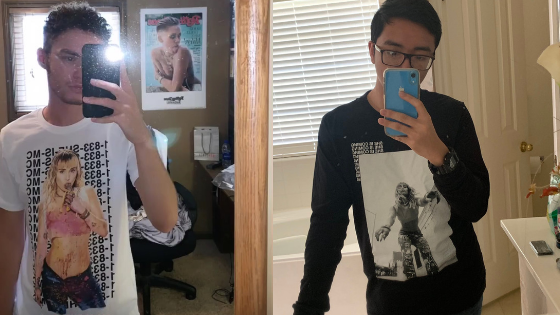 Personalization The chart topper of this campaign are the engagement opportunities that have been personalized by Miley through the use of the vanity phone number. The intimate level of connection fans are receiving is rare in today’s marketing. Beyond having your image potentially acknowledged and shared by the artist, you can actually “get on the phone” with her. While it’s a recording, there is still a feeling of intimacy and one-to-one connection that goes beyond typical promotional campaigns. It’s a multi-sensory experience and there is nothing like a phone call to make someone feel personally touched.   What other artist is promoting you in their advertising or opening a phone line to hear your personal message? Not including Soulja Boy circa 2008, the answer is: no one! It’s really simple to set up, all you need is a great number. If you are interested in making your own hotline or maybe pitching the idea to another celeb, check out our database. We have the nation’s largest selection of custom phone numbers.