July 29, 2015
If you've ever doubted the value of taking the time to build your brand reputation, look no further than the case of Microsoft to find out what happens when that area of your business isn't a priority. Today, the technology giant - undeniably one of the world's most recognized brands, but not always in a positive sense - launches Windows 10, the latest (and possibly last) version of its flagship operating system. Even with all of its history and enormous user base, though, Microsoft is nowhere near generating the same interest as an Apple event. That comes down to brand reputation, and the lessons that every company can learn from Microsoft's missed opportunities. [caption id="attachment_4173" align="aligncenter" width="640"]

Where Microsoft Lost Its Way

First, let's be clear: in the broadest sense of the process, Microsoft has built an incredibly successful international brand. In terms of brand awareness and assets, the Washington state-based company has clearly set itself up for long-term success. That's an important part of your brand, but it's not everything. What we're talking about here is brand reputation, what consumers think about the company's values and the quality of what it offers. Unfortunately for Microsoft, it's been many years since its brand was associated with anything other than cumbersome software applications and also-ran smartphones. In an industry that lives on the cutting edge, demanding innovation on an almost daily basis, that would spell certain death for a company without the cash reserves and locked-in user base of Microsoft. As a potted history, let's just say that this is a brand forged in the fire of one massive hit product, the Windows operating system, which it has traded on for several decades. Windows became the default platform for personal computers early on, then maintained this  near-monopoly position with regular releases and the renewed licenses that its software required. Where Microsoft went wrong is failing to define its brand around what users wanted. In the absence of a unified brand vision, the company coasted on a user base that had very few other options to choose from. If you had a PC, you had Windows, unless you were tech-savvy enough to install an open source alternative, which very few did. As many big cable companies have found, however, that doesn't translate to positive brand sentiment, and it can only fuel you as long as the prevailing industry business model is maintained. When the traditional desktop PC started to decline, thanks to smartphones and tablets, and operating systems started to fragment, Microsoft suddenly found itself playing catch up. It had no mobile platform, inadequate plans for tablet computing, and a consumer base ready and willing to leave as soon as another brand offered the opportunity. So, while Microsoft had massive brand awareness, it neglected brand reputation to the extent that it lost both customer loyalty and, eventually, market share when the industry shifted. As a result, Windows 10 could be one of the best operating systems in the world, but it will still be stigmatized by the dated and bloated reputation of the brand behind it. Even if that image isn't a fair reflection of what Microsoft is in 2015, it's a prime example of how overlooking any element of your brand value can be costly in the long run.   [caption id="attachment_3588" align="aligncenter" width="569"] 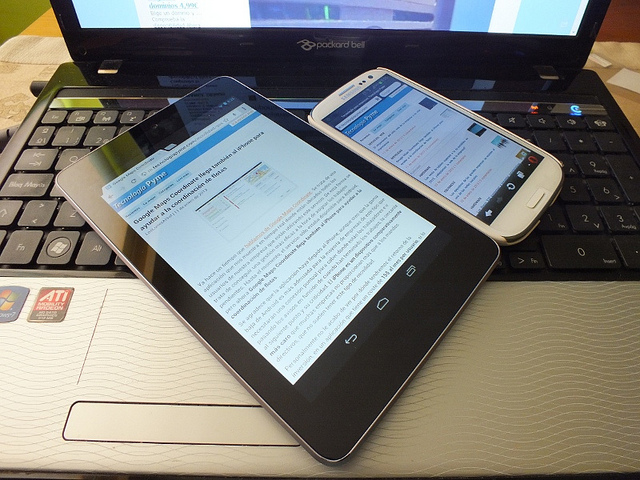 Build Your Own Brand Reputation

When business owners ask why they should spend time and money on platforms like social networks and blogs when the comments can easily be turn negative, the answer is simple: that conversation is happening whether your company is there or not. At least when you develop a presence online, you have an opportunity to guide the discussion from your perspective and learn from any complaints. The same is true of your overall brand presence and the marketing tools you use to build it; you have to be engaged in the process and actively moving towards the values you want associated with your brand. Here are some key principles to guide your work building brand reputation: Very few businesses would turn down the chance to be as big as Microsoft, of course, but they would probably prefer to be an adored brand like Apple. By paying close attention to what people are saying about you and where your service offering fits into the wider industry, you can stay true to who you are and create not just customers but fans, who in turn will take care of moving your brand reputation in a positive direction.