Attention Scandal fans, you can now text Kerry Washington. We aren’t sure Olivia Pope would condone giving out her personal number, but Kerry seems to be welcoming the random messages. 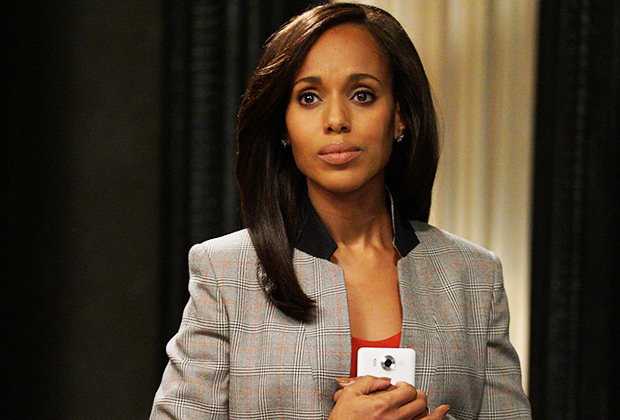 On Thursday, the actress went to social media to let her fans know how much she misses them. In a brief video, she shares:

“Hi, you guys, so you know how private I am, but I am going to do something crazy. I am going to give you my phone number, which I know sounds insane. You know, I posted about this last week. I’ve been missing that TGIT love. We used to come together every Thursday night at the same time and the same place. I would know where you were and you would know where I was and we would talk about stuff that really mattered to us and kind of be in a community together and I want to bring some of that back because I miss you guys and social media is amazing but sometimes it’s hard to sift through and really connect with the people that matter to you most. So, I’m giving you my number it’s 718-400-7118, shout-out to the boogie down Bronx.”

She specifically chose a local number that starts with (718) which is the first overlay area code released in New York City in 1984, covering the Bronx, Brooklyn, Queens and Staten Island when the supply of 212 phone numbers began to dwindle. With local number portability and the rise of mobile phones, area codes are less about where you live and more about where you were when you got your phone. It becomes part of your personal brand. Even though Scandal takes place in Washington D.C., Kerry is originally from The Bronx. Using a local phone number from the area creates a more personal experience for her fans. We gave the number a ring and unfortunately, the hotline isn’t set up to field calls. But you do get to hear Kerry’s voice up close and personal. On a recording, she encourages fans to text instead of call, stating she will not listen to any voicemails.

“I really want you to text me. I want you to ask me questions, I’m going to send links like special sneak peaks. You guys are going to be the people I am closest to in terms of trading information, so text me. Really, really text me.”

Once you do text, you receive an automatic reply that invites you to click a link and sign up to get communications from her. While some people will be hesitant to click a “random” link, there are surely plenty of fans who are ready to sign up to get the inside scoop. With more and more brands trying to reach consumers, it’s a brilliant way to create an opt-in audience list.  It cuts through all the noise on social media platforms and creates a more one-to-one experience. We’ve observed this as a recent trend with media personalities, and more celebrities may jump on the hotline wave. Creating a direct connect – but at scale – is a savvy way to build loyalty. Within the past month, Miley Cyrus, Chris Farren, and Kerry Washington have all created fan lines. If you are interested in making your own hotline or want to pitch the idea to a certain celeb, check out the Nation’s Largest Database at RingBoost.com.