What Is The Miami Area Code?

One of the most in-demand area codes in the country, Miami’s 305 is an emblem of the city’s cultural pride--evoking images of tropical waters, white-sand beaches, a vibrant night-life and representing the uniquely rich confluence of an international community.

While Miami’s newer 786 area code does not carry the same cultural gravitas as 305, it’s still sought by businesses all over the world for its association with Miami’s industry and culture. 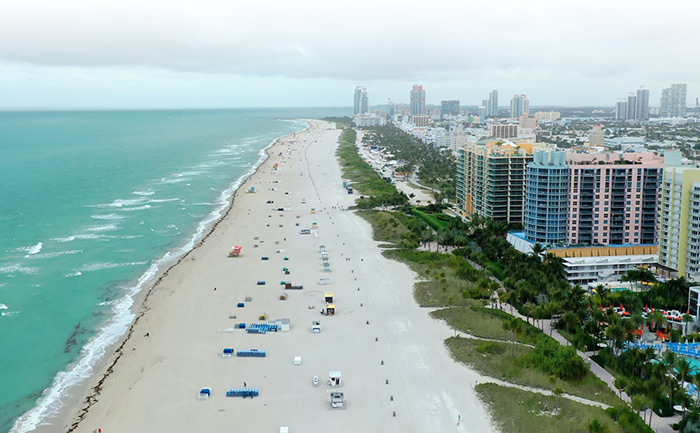 Together, the 305 area code and its overlay 786 serve all of Miami, Florida—the county seat of Miami-Dade County. One of the original 86 area codes created by the AT&T and the Bell system in 1947, the 305 code once served the entire state of Florida. As the state’s population boomed in the 1950s, 305 numbers began to run out, creating the need for the state to be split into new area codes. So 305 became a Miami exclusive.

The advent of cell phones and an ever-increasing demand for fresh phone numbers gave way to a second Miami area code. In 1998, the 786 area code was incorporated as an overlay, to meet the demand for new cell lines. (Anoverlay is the addition of another area code to the same geographic region as the existing one.)

While a phone number with the iconic 305 area code comes with a prestige similar to having a Coconut Grove address, the newer 786 also carries a strong association with a local Miami identity. A business with a 786 phone number can benefit from its cultural association with the “Magic City” – especially for locals.

Miami’s mosaic of vibrant cultures is reflected in a diverse population of people and businesses alike. Over 442,000 people live in Miami. Nicknamed the "Capital of Latin America," Miami is one of the largest majority-minority cities in the United States, with a majority of households speaking Spanish.

The pillars of Miami’s economy span a wide spectrum including:

Why businesses use Miami area codes

The value of having a Miami phone number goes beyond its prestige and history. Successful businesses brand and market themselves effectively – in today’s modern market, a recognizable phone number still holds its own.

Both startups and long-established companies doing business in and out of Miami prefer to use a local phone number as an extension of their brand identity, reinforcing continuity and inspiring a sense of community trust in potential clients.

Connecting with a local customer base

Securing a U.S. phone number with a 305 or 786 area code is an easy but significant step towards establishing a presence in the Miami market.

A local branding campaign can be a boon to a wide array of businesses in the local market:

Expanding to national and international customers

Even companies located outside of Miami often purchase Miami area code numbers in order to be associated with the global brands and industries of the area.

What to know when buying a Miami area code number

So when registering a new Miami landline or cell number, you’re likely to end up with a 786 area code. Don’t let this deter you from obtaining the Miami phone number of your dreams. In a modern digital communications era, a Miami area code is available to anyone, anywhere. So how exactly does one obtain the elusive 305 number?

People do occasionally sell their personal phone numbers, but this is mighty rare. So your best bet is to go through a phone number broker for a wider selection of options to choose from, at a price that fits your budget.

Obtaining a custom phone number is easier than ever withthe help of specialists like Ringboost, who focus on finding you the perfect Miami phone number for your personal or professional use.

Some businesses wind up paying thousands of dollars for a number, but a quality broker can find you very economical options.

Look for numbers (and brokers) that offer...

And if you’re trying to keep the budget slim, you can port the number into a free phone service like Google voice .

Integrating a new number with your established setup

Adopting a custom Miami phone number doesn’t have to be confusing or complicated.

Once obtained, you’ve got several options:

A broker should be able to support you in those options.

Miami’s area 305 code and the new 786 number both carry a lot of cultural and practical appeal. Many businesses seeking to establish themselves as local entities are buying up both in order to successfully brand and market themselves to a local and international community of potential clients.

Acquiring a Miami number might be easier – and more affordable – than you thought. Explore the Miami numbers available.